Bike riding is an enjoyable and sustainable transport option. That’s why more and more people are taking up bike riding on Sydney’s growing bicycle network.
The City’s Cycle Strategy and Action Plan 2007-2017 aims to provide a safe and convenient bicycle network, to connect neighbouring Council areas and other bicycle networks.

We are working to link the CBD with Green Square and beyond as part of this network. With 22,000 new jobs and 40,000 new residents projected by 2030, Green Square will become Sydney’s fastest growing area. The bicycle link will better connect Green Square, and residents in Waterloo, Alexandria and Redfern with the city centre and provide a congestion free option for commuters.


As part of this link, the City is proposing a new bi-directional separated cycleway on George Street in Redfern; and in Allen Street, Mandible Street and Short Street in Waterloo.
Other key points of the design include:

The design is being prepared in consultation with the Roads and Maritime Services, State Transit Authority, Department of Housing NSW and the Redfern George Street Fire Brigade. We would also like your feedback on the design.


The proposed plans will be on exhibition until close of business on Wednesday 9 May 2012 and are available to view and comment online at www.cityofsydney.nsw.gov.au/Council/OnExhibiton
Please submit your comments before this date to Maria Pavlides on 9265 9333 or email at georgestredfern@cityofsydney.nsw.gov.au
Posted by Unknown at 4:13 AM 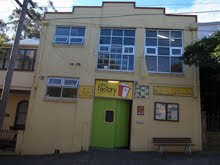